Stealing, sneaking and lying about it

Question of the Day: Stealing, sneaking and lying about it 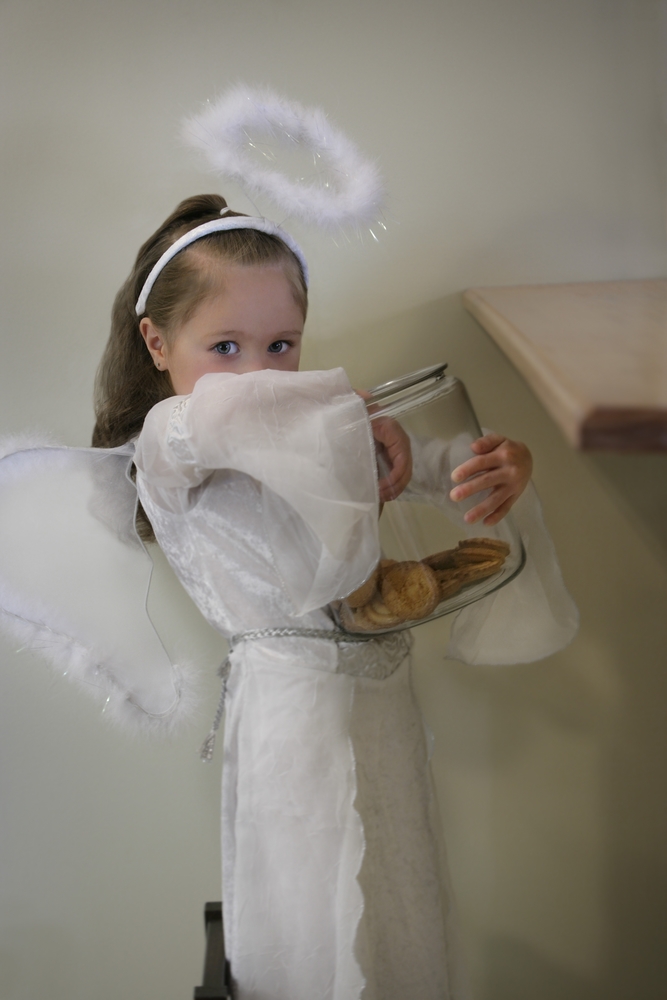 “Thanks so much for the podcast! I am really enjoying you approach and using it with my kids has helped a lot. My almost 8 year old has been sneaking and lying for a couple of years now.

I used to keep candy around the house but stopped because she would steal it and keep it under her pillow or bring it to school.

She steals little toys from school, toys from her sister and friends, and I even found $40 in her nightstand that she stole from my wallet.

A couple of months ago she took our house keys without asking and lost them–she lied about it at first and then confessed. Nothing I do seems to help.

When I confront her, I tell her to just ask for what she wants. She apologizes and seems remorseful — or maybe worried/scared because she is “in trouble”. I tell her that she’s down a bad path with this habit that could end up with shoplifting and juvenile hall (catastrophizing?).

We have a bit of a personality clash because I am such a rule-follower. She is doing fantastic in school, her teachers rave about her but she does break rules sometimes. I am worried she will steal my jewelry next.

She does have a lot of jealousy over her younger sister and sometimes explodes if she feels that her sister is getting more attention. Please help!    Esther

I want you to take a look at the things your daughter is sneaking: candy, toys, money, keys. She is taking treasures. Things that other people VALUE.

Kids steal things that others value as a way to feel that value inside themselves. For whatever reason, your daughter doesn’t feel treasured and thinks that taking other treasures will help her get this emotion.

The jealousy she has over her sister and the perception that she gets more attention all point to a feeling of unworthiness.

When adults feel unworthy, they often find external ways to feel more valuable. We might go shopping for nice things, shrink ourselves down to conform to society’s definition of beauty, or try to make people like us.

Think about it like this: It’s the end of a rough day, you are just settling in to watch your Netflix show.

The thought, “I have ice cream in the freezer” comes to mind. You promised yourself you wouldn’t snack at night.

Then you see that you don’t like what the scale tells you. You want to eat healthy food. Most of the time you resist the urge but sometimes, you cave. You say to yourself, “I deserve it” “I earned it” and you indulge.

It’s similar to what your daughter is doing. Most of the time, she resists the urge. Occasionally, especially when it’s been a particularly rough day, she gives in to the impulse.

Your daughter is showing you that she doesn’t feel good enough as she is. It’s easy to treat lying, stealing and sneaking as a moral issue but this feels like an emotional issue to me.

If it was a moral issue, she wouldn’t show remorse or try to hide it from you. She knows it’s wrong but she’s still looking for a solution to an internal problem.

I love that you caught yourself catastrophizing and futurizing and yes, in a case like this it is SO EASY to do. What makes it hard to address this as an emotional issue and try to fill our daughter up with love, is  because of what you are making it mean about her and you. Especially as a self described “rule follower” I can only imagine how awful this must be for you!

Embarrassment is “I did something wrong”. Shame is “I am wrong. I’m a bad person.”

It sounds like you are making your daughters stealing mean something that is causing you shame. Nobody likes feeling shame so we do our best to run away from it. The funny thing about it is as soon as you shine a compassionate light on it, it goes away. It can only live in the dark, when we aren’t acknowledging it’s there.

It’s easy to think: “My daughter is stealing & lying, she’s doing something wrong. She must be a bad person, therefore I must be a bad mother.”

When we believe we aren’t doing it right, and feeling ashamed, we want to stay hidden. We don’t want to ask for help.

The only way to get her to stop, is to address the root cause. We need to fill up her love tank so it overflows with self worth and value. She needs to know what a treasure she really is.

I would start by taking her to a family therapist who works with children. For whatever reason, the love you’ve been giving her isn’t getting through. She can’t receive it. This is not a reflection on you, just a personality trait.

If she had an allergy, you would take her to an allergist. If she’s showing signs of poor emotional health, she needs a mental health counselor.

Kids are unique when they come into this world with their own paths. Sneaking doesn’t mean she isn’t a bad kid, but she is showing you that she needs inside help.

The second thing I would do is to understand her love language. There are a handful of books written about this concept that people give and receive love in different ways. The 5 love languages are: words of affirmation, quality time, gifts, acts of service, affection.

You might be giving your daughter words of affirmation, telling her how much you love her, but it’s not getting through because it isn’t her love language.

Perhaps hers is gifts? Or quality time if she complains about sister getting more attention? Read the book and determine her top two love languages so you can fill up her love tank in ways that she is more likely to receive.

The third thing I suggest is an urge jar. My life coaching teacher Brooke Castillo came up with this concept for her weight loss clients who were learning to resist an urge to overeat. I think this could work with your sneaking 8 year old. 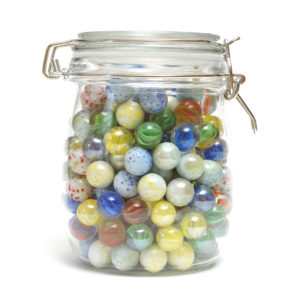 Many teachers keep a marble jar on their desk and when kids behave, they put marbles in the jar. This works similarly only every time you resist an urge, you put a marble in a jar. There is something so satisfying about the clanking sound and watching it slowly fill up.

My hunch is that there are many times when your daughter feels bad about herself and DOESN’T steal, sneak or lie. Let’s reward those times by putting a marble in the jar every time she resists the urge to take something!

You can tell her that the marbles are symbolic of how much love you have for her. When she fills up her marble jar, she gets a reward of some kind.

Not understanding a child’s MOTIVATION for misbehavior – such as sneaking – keeps us focused on the behavior. This is frustrating because nothing we try works because we aren’t addressing the root of the problem.

When we can’t understand our child’s behavior, we start catastrophizing, futurizing, making it mean we aren’t doing enough or they are bad kids.

The main motivations for misbehavior are:

When we know our child’s motivation, we can find ways to give them what they want, but on our own terms.

Many of us think in black and white terms. Stealing is bad, Giving is good. Lying is bad, truth telling is good. I’m either a rule follower or a rule breaker. Often, this black & white thinking ends up biting us in the butt. Try and make room, in your mind and in your vocabulary, for shades of gray.

We are all good moms, who occasionally say things we regret. 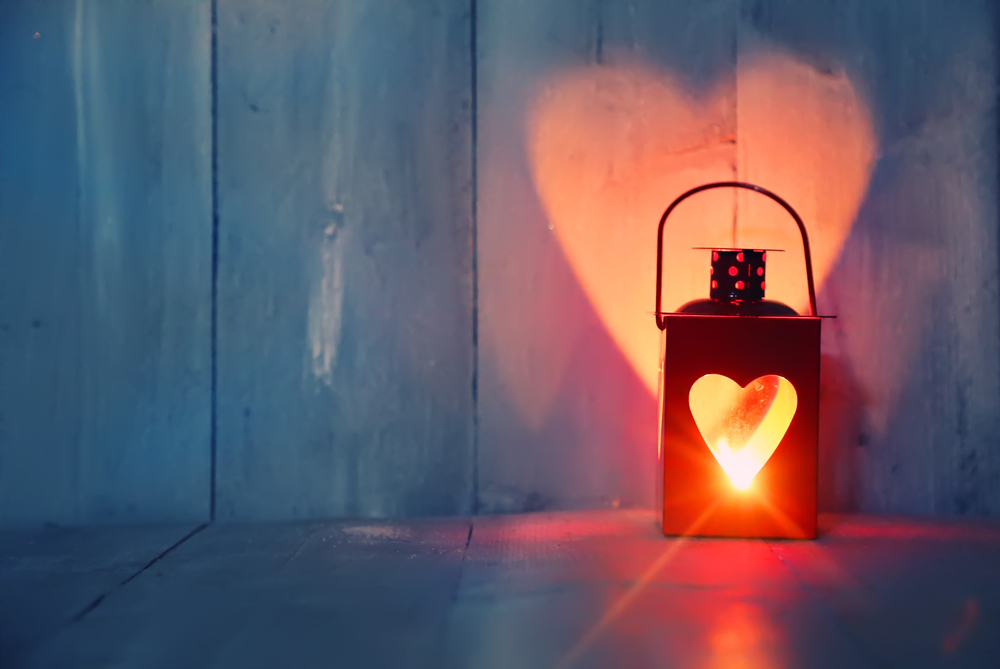 At times we can be generous at times, and selfish at other times.

We are all kind people, who sometimes say mean things.

Finding the shades of gray, gives you room to be an imperfect human who is also wonderful.

“Inside every child is an ’emotional tank’, waiting to be filled with love. When a child really feels loved, he will develop normally but when the love tank is empty, he will misbehave. Much of the misbehavior in children is motivated by the cravings of an empty ‘love tank'”.  Gary Chapman

Podcast Episode #135 – Remaining Calm Amongst Chaos Question of the Day: How can I increase my tolerance of my rambunctious boys and remain calm more of the time? I have 3 high energy, loud, boisterous boys who are 3, 9 and 12. I have daily routines, a few clear rules and lots of sports … Read more…