I found a vape pen in his backpack

“Dear Torie, I just found a vape pen in my son’s backpack. I confiscated it, but I haven’t said anything to him about it. I know I need to say something, but the only word that comes to my mind is idiotic. Can you help me figure out what to say to my fourteen-year-old smoker?” -Anonymous 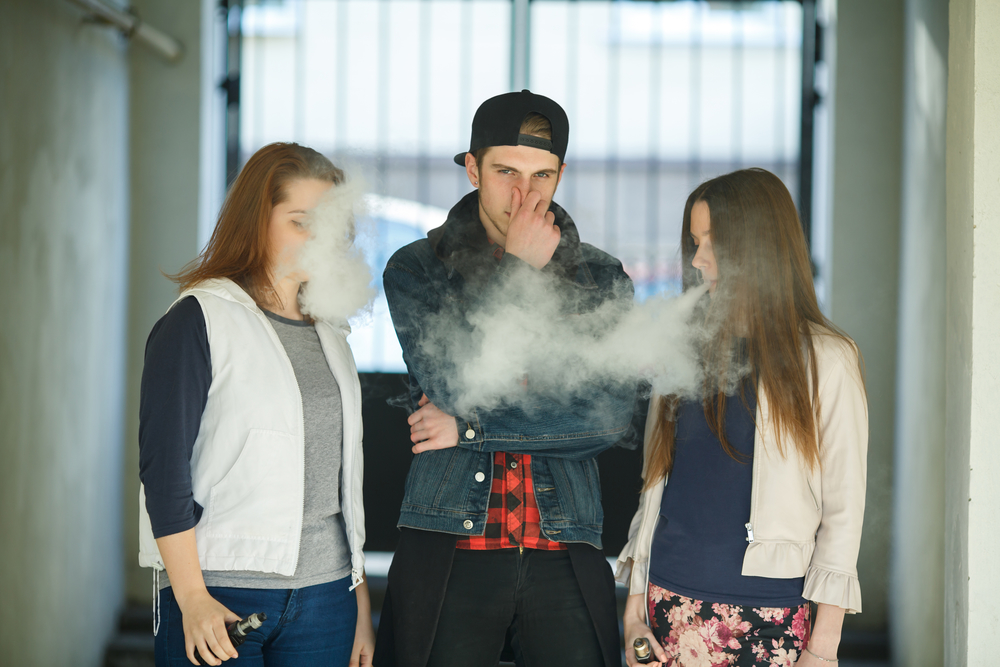 I thought this was a great question and one which may be very timely for a lot of us who have teenagers or those who are approaching those teen years. So, who better to ask to help me answer this question than Marlene Mahurin, the TUPE (Tobacco Use and Prevention Education) project coordinator for Nevada county.

She is a credential teacher and is passionate about supporting parents to take an active role in preparing their children for the teen years. Not only does she have the perfect resume for helping us answer this question, but she also happens to be my childhood best friend, and we are still finding ways to work together and partner together today!

Marlene wanted to provide a bit of background knowledge about vaping because it is hard to know how to support our kids making safe, healthy choices since we didn’t have devices like this when we were teenagers. In fact, Marlene notes, the way this question is asked shows the difference between how parents and kids think of vaping. The parent ends her question wondering what to do with her fourteen-year-old smoker, her vaping teen, whereas most kids don’t consider what they are doing as smoking.

Well if vaping isn’t smoking, then what is it? Is it still something to be concerned about?

Marelene tells us that vaping is defined as “smoking on an electronic delivery system.” Every vape contains a liquid, a battery to heat the liquid, and an absorbent material to hold the heated liquid vapor. The user inhales on the mouthpiece and exhales a vapor or, more accurately an aerosol. Marketing companies want teens to think it’s vapor because inhaling aerosol sounds too dangerous.

Unlike cigarettes, vape pens have no tar (The kind which turns your lungs black and shrivelled after smoking for many years) but that does not mean they are safe. The biggest risk involved in vaping is nicotine. Products will claim to not have nicotine in them and so kids will think they aren’t ingesting it, but, unfortunately, a majority do, and the amount of nicotine is usually very high.

According to Marlene, vape devices have come a long way from the original large designs that create huge clouds of vapor and are now much smaller and easier to hide, produce less visible vapor but still contain a higher nicotine content. The newer products like the Juul and the Soarin’ are smaller and easier for teens to use: so they do. Often. Very often. Sometimes daily or multiple times a day.

Marlene stresses that vaping is a very widespread problem and the reason it is spreading so fast is how highly addictive it is. One Juul pod holds the same amount of nicotine of a full pack of cigarettes, and kids are going through as many as three to four Juul cartridges in a day.

Teenager’s brains are still growing, so it is much easier to develop an addiction. Once one a substance is introduced, it can prime the brain and make the teen more likely to become addicted to other drugs.

There are a couple of health risks specifically from vaping. Marlene warns of a few case’s of teens getting pretty severe pneumonia from the liquid that pools in the lungs and there are some worries about the effects of inhaling from a heated plastic device.

The long term effects of vaping and nicotine addiction, however, are still relatively unknown because these devices have not been around for very long and there is not a lot of data.

Marlene recommends a great resource for parents who want to learn more or who want a video from a third party to show to their kids called Tobacco, Vaping & Marajuana: A Parent’s Guide to a New Epidemic

In terms of our anonymous mom’s question, Marlene recommends first checking with her vaping teen to make sure that he is fully aware of what he is doing. If the child thinks he is using a product without nicotine, make sure you check.

Make sure he understands the health risks. Also, ask questions. Why did he try it? Is he stressed from school? How often is he using it? Why was he drawn to it? Does he feel like he’s already addicted? If it’s an issue, what can we help him stop?

Unfortunately, your teen may not respond well to direct questiong so it can be helpful to “come in through the back door” and try to be on their side. Try asking questions like, “What have you heard about vaping?” “Do you really think vaping is as common as people say?” “What do you think about the risks?”

Remember, the kids are seeing this every day, so they probably will know more than we do. These questions can be especially helpful if you want to open up the conversation in advance, and are unsure if your child is vaping or not. If they say that it’s no big deal and there’s nothing wrong, watch the video Marlene recommended with them and learn together. 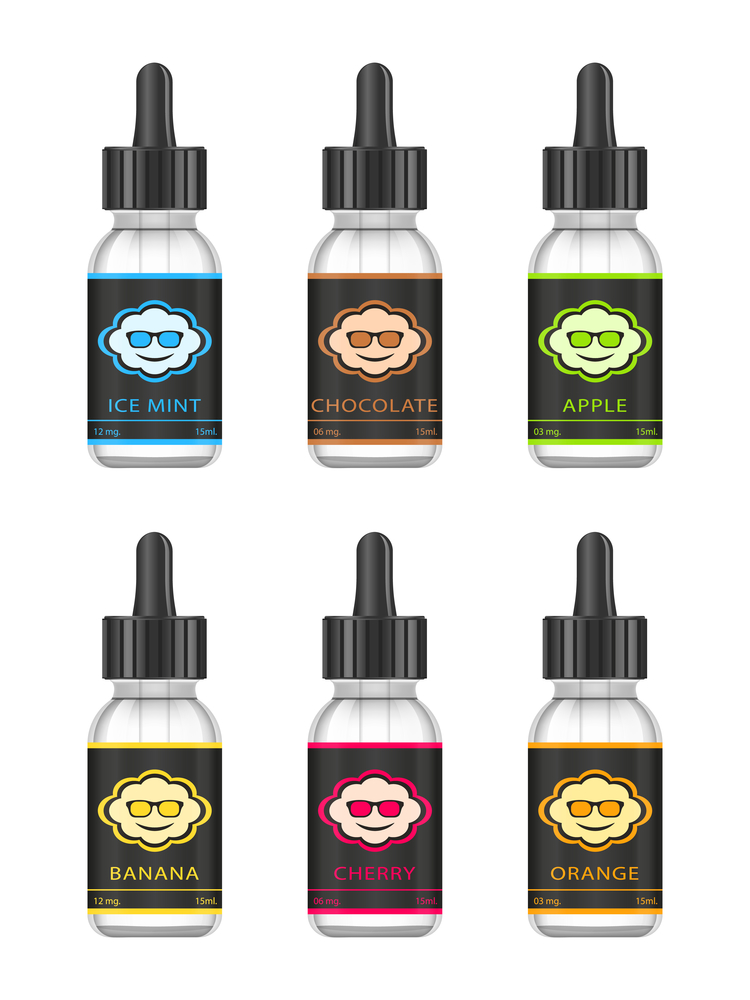 These questions can be hard to ask your teen because of what we make it mean when we find a vape pen in our kid’s backpack. Marlene makes it sound easy to be casual and curious but in order to have that relaxed energy, we’ve got to clean up our own thoughts.

But it is really important to control what you make your child’s vaping mean about YOU.

It is easy to slip into the “OMG! My kid is VAPING! I’m a TERRIBLE parent!” Or to make finding this vape pen means that, “Now my kid’s going to be a DRUG ADDICT laying around on the couch at twenty-five with no job!”  What are you making it mean about YOU that is keeping you from taking productive action from calm-confident energy?

Marlene suggests recognizing that vaping is an EPIDEMIC. It is everywhere. You should almost expect your kids to try it or at least be surrounded by friends who are trying it.

Even if you don’t think your child is the kind to try something like that, vaping is so common that it is hard for anyone to ignore.

So even if your angel child has tried vaping, remember that it does not mean they are on an unstoppable ride straight to drug addiction and that you have failed as a parent once and for all. Now is the time to step in early and educate your teen about the risks.

What you don’t know CAN hurt you. Avoidance and pretending something isn’t a problem that is, feels icky. Talking to your teen about something like vaping is tough, but it is important to catch it as early as possible due to the likelihood of addiction just like a teenager smoking.

It’s easy for parents to come up with excuses to avoid the topic. “I’m too tired or I have to much other stuff to do” because these are almost always true. Confronting the topic and taking the weight off your shoulders will GIVE you some much-needed energy.

Seeking out information can go a long way to making you feel more confident and more able to handle a situation.  Once you overcome your fears and open up the conversation in a relaxed way, you will feel so proud of yourself!

In the case of vaping, as with many other things, it is important to check where your information is coming from. Companies like Juul put out their own information which can be misleading. Marlene recommends taking a look at TUPE and at the video for up-to-date information about vaping and health risks.

1 thought on “I found a vape pen in his backpack”