Question of the Day:

“I have three kids, ages, 9, 6 and 2. My two year old is fiercely independent and loves to help around the house, cook, clean, and do everything the older two are doing. He’s hyper aware of what’s going on even if the adults are trying to hide it or talk about adult things, he jumps in and asks about it. He throws massive fits if he doesn’t get what the older kids have. In an effort to prevent his tantrums, I’m asking my older kids to hide their toy, eat and watch TV later when he’s not around. I’m teaching my older kids to be sneaky to avoid him freaking out when he can’t do what they are doing. Is this a good or a bad idea?”  Adrienne

It is so normal to want to avoid situations that cause our kids to freak out. No one enjoys a tantrum. When our kids are happy it makes it easier for us to believe we are doing a good job and creating a peaceful home life. You’ve got three kids, including a challenging two year old, if you make it through the day, consider yourself successful. He’s two, this is a temporary situation and you have found a way to make it easier on yourself.

Youngest kids tend to be socially savvy, manipulative and charming. They often take unnecessary risks, and are described as creative and confident. These children can also be viewed as less capable, spoiled and dependent.

It’s so tempting to want to baby the baby of the family but there is no way he’s going to stand for that!

My parent educator advice would be to find ways to channel your youngest son’s competitive personality. Tell him, “Scooters and bikes are for big kids. You won’t be able to learn until you are at least 5.” but then let him try and watch him prove you wrong.

Say, “There’s no way you can clear the dishes off the table before the timer goes off.” or “I wonder which kid can pick up the most toys in the shortest amount of time?”

Here are some tips to setting your your youngest child up for success:

The more you can help your older children feel positively toward the younger one, the less he’ll need to fight to be accepted and keep up. 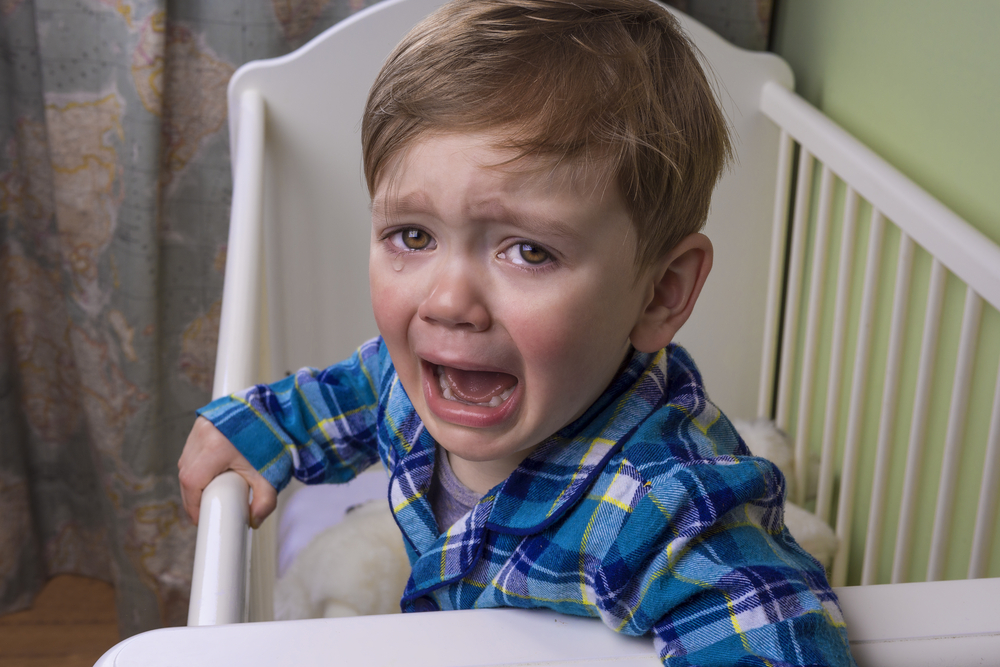 I think your maternal instincts are nagging at you because you intuitively know you don’t want to parent out of fear. When you tell your kids to be sneaky to avoid your two year old throwing a tantrum, it’s coming from fear of his reaction. It’s not right for anyone to feel responsible for another person’s emotions.

If you heard another mom say, “I always let my daughter win the game because if she doesn’t, she throws such a fit that my afternoon is ruined.” You would feel compassion for her, but your instincts might also kick in and wonder, if maybe once in awhile, she should let her daughter lose so she can practice losing gratefully.

When you ask your kids to be sneaky, it can be like you are teaching your older kids, “It’s your responsibility to make sure your brother and mother have a good day.” This builds resentment in the older kids.

It’s natural to want our older children to be our allies in raising the youngest one and creating peace in the home.

I used to do the same thing to my older son. I would tell him to be sneaky and hide things from his sister so she wouldn’t throw a fit. Regretfully, I would get mad at him if he provoked his sister or said something that would cause her to freak out. I remember the day this all changed.

I was shopping at a store, trying to decide which cheese to buy and I realized I was afraid of my 4 year old child’s reaction if I chose the wrong cheese. My fear of my own child was controlling my behavior. I knew I didn’t want to make decisions out of fear so from that moment on, I made it my mission not to try and control my daughter’s mood or behavior. I let her throw as many tantrums as she wanted. I thought life would be more peaceful if I could control her tantrums but really life got more peaceful when I stopped trying to control her tantrums.

We want to be really clear with our kids that they are not responsible for their sibling’s mood, nor is it their job to make sure our afternoon goes smoothly.

We tell kids, “You made your sister cry” but really, this isn’t possible. No one can cause a negative feeling in someone else, without their permission. Your son throws a tantrum when he sees his brother watching TV because he thinks, “It’s not fair!” “I should be able to do whatever he is doing!” We don’t get to choose the thoughts our kids think. We can offer alternative suggestions, “It is fair. When he was two he didn’t get to watch this show” but, as you may have noticed, this doesn’t work so well.

A circumstance cannot cause an emotion. Losing a game doesn’t make a child mad. The child is mad because they have a thought like, “I should have won.” or “You cheated”. Some kids might get sad when they lose because they have a thought like, “I never win” or “I’m stupid”. Other kids aren’t bothered by losing, they think thoughts like, “that was fun” or “I like that game.”

You can ask your children to hide their “privileges” from the two year old until he grows older and learns to manage his emotions better. Just make sure they are choosing to do this out of kindness, not obligation. Your youngest gets to feel and express whatever emotion he wants and no one has to feel responsible for that. You don’t want to get into a situation where one child controls the whole family.

If allowing a child to lose a game is an opportunity to teach the art of losing gracefully, think of your son’s tantrum as an opportunity for the family to detach from his expression of emotions.

What gets in our way from detaching from our children’s meltdowns?

“He shouldn’t act this way”

“If I was a good mom, I would be able to prevent this meltdown.”

Expressing emotions is not just normal, but super important.

We need kids to yell, scream, stomp, rage, cry, collapse, forgive, apologize, and move on because it’s a sign of healthy emotional development!

The natural consequences of your youngest freaking out are that his older siblings aren’t going to want him around. They might invite him to play when he’s being cute and funny, but not when he’s throwing a fit. This will motivate him to act cute and funny instead of loud and intense, without you having to do anything at all.

Ignoring your instincts is common but it can drain your energy because you can’t put your finger on what’s bothering you. Sometimes it’s enough to say, “something’s off” and carve out time to figure it out later. Write in a journal, talk to your life coach, and see if you can figure out what exactly your instincts are saying. Pay attention to where you have enough mental space for your intuition and best ideas to come to you. Is it in the shower? Driving in the car? Going for a walk? You will be amazed at how much energy you have when you are aligned with your own integrity. When your thoughts, feelings and actions are all in line, it is an incredible feeling and worth taking the time to be in your own integrity.

Supermom Power Boost – Allowing your kids to learn by experience

I was on a sailing catamaran in Hawaii this week with a family of 3 young boys. There is a part of the boat that is covered in taught netting, strong enough to sit on but if you drop anything, it sinks to the bottom of the ocean. The oldest boy, Jack, saw this netting stretched above the water and immediately started walking toward it. With big eyes and a tentative step, he put his weight onto it, stepped both feet on, and then looked back at his parents and asked, “Can I go on here?”

His younger brother, Noah, sat on the solid surface of the boat, safe in his moms arms for the first third of the trip. Only after watching his brother, Dad, and other passengers sit on the net, did he feel ready to try it himself. By the time Noah had warmed up to this new experience, Jack was already off climbing into the sail, exploring below deck, and getting into mischief.

It’s possible, Adrienne, that your youngest son is an experiential learner like Jack. How a child approaches new situations is hard wired into their personality. Some kid’s natural instinct is to observe before they step in. Other kids leap before they look. If you have a kid who likes to jump in and try things before getting all the information or receiving permission, try to let them do it as long as it’s safe.

Let him try to cook in the microwave, get close enough to a hot oven to experience the heat first hand, eat so much candy he throws up, put together legos for age 7+ and figure out how to work the TV remote. This may not put a stop to his tantrums but his anger will be focused on a rage to master a skill, rather than at you. As you accept his personality and the loud tantrums that go along with it, you can start to see it as amusing instead of a problem you need to solve.

“Siblings: children of the same parents, each of whom is perfectly normal until they get together.” Sam Levenson

Podcast Episode #135 – Remaining Calm Amongst Chaos Question of the Day: How can I increase my tolerance of my rambunctious boys and remain calm more of the time? I have 3 high energy, loud, boisterous boys who are 3, 9 and 12. I have daily routines, a few clear rules and lots of sports … Read more…